Giving up is not Harmonize’s cup of tea. And after many attempts to win back the love of her life, Kajala, the Tanzanian music star has finally won her back. The most interesting part is that Kajala was spotted at Harmonize recently – and you know what that means? They probably had a good time together.

Harmonize began their journey to woo Kajala by buying her a brand new Range Rover; which Kajala was hesitant to accept. He then offered several apologies, explaining how Kajala greatly brushed him off. His numerous attempts ended in a stalemate for several months, but the guy continued to simp without caring about denigrating statements from critics.

Also read; Harmonize explains to Kajala why she is still the love of his life despite being abandoned

In addition to his exorbitant gifts to Kajala, Konde Boy has now delivered on his promise to make her the CEO of his label.

“Inshallah my wife will be my manager one day. Forget to love him. I really trust him in the name of God. We’re going to be serious 💴💴 and help a lot of people on the street cause ana moyo wa huruma sana. Anamtanguliza Mungu sana the only anawezana na hii kichwa mimosii. Kwa sababu anamtanguliza Mungu. I love you my wife,” her message read.

Indeed, the promise is now kept and Kajala is now the boss of his label. And above all, the two are now lovebirds. I bet it was their tattoos of each other that made them come together. 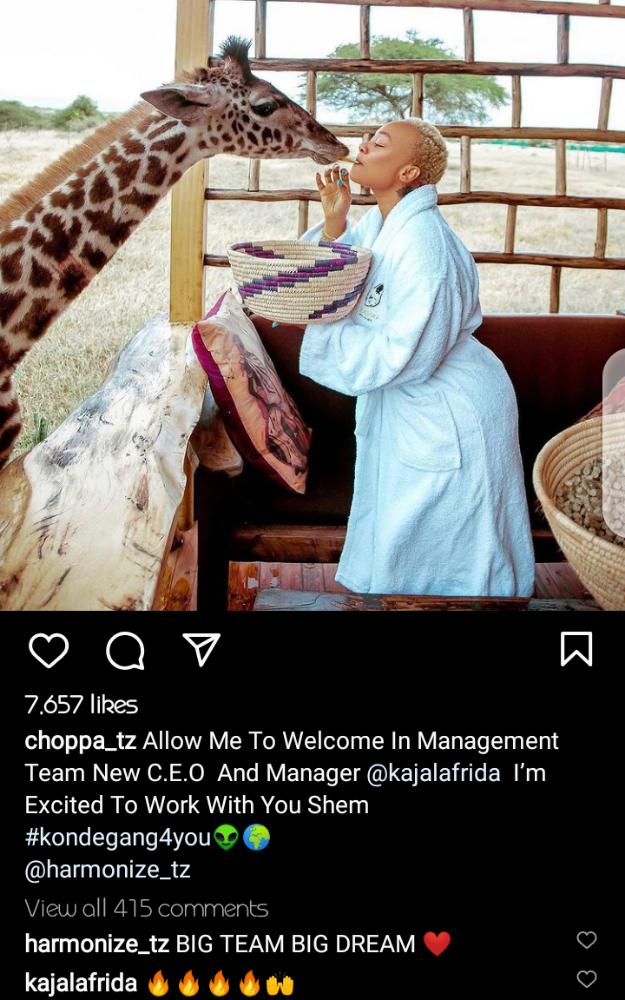 On August 27, almost six years to the day since their first single “Mandrake”, ARTBAT launches their own label UPPERGROUND with the brand new single “Flame”. The label is sure to become a major outlet for the emotional techno for which Artbat is now known around the world. ARTBAT have been prolific in the studio […]

Brit Award-nominated singer Raye has “split” from her record company after claiming she was not allowed to release an album. The 23-year-old, who had signed with Polydor since 2014, blamed the split on “different artistic goals” in a statement posted to Instagram and Twitter on Monday evening. â€œToday I am speaking to you as a […]