Inside a large gray cabin lit with blue lights, Talon Nadeau spits out rhymes to a steady rhythm.

The 18-year-old, rapping an original verse he wrote himself, records in a professional studio located in Vancouver.

“I’m new to this and learning as I go,” he said. “This place is great because it’s welcoming, everyone is friendly and it really is a place like no other.”

Talon Nadeau, 18, records an original song at the BYRC Recording Studio in Vancouver.

The BYRC Recording Studio is a place dedicated to musical creativity and youth empowerment. Anyone between the ages of 13 and 24 can access the studio and all its equipment free of charge.

“As a youngster it’s very difficult to get into professional studios because they’re expensive, but this one is great and you meet young people from all walks of life.”

The studio, located in the Broadway Youth Resource Center, is run by 23-year-old artist and sound engineer, Sekawnee.

“It’s an inclusive space for young people to record music, hone their craft, and learn more about the music industry,” he said.

Sekawnee is from the Squamish and Tla’amin nations. He says his passion for music is rooted in his culture’s deep connection to song and dance.

“I feel like music has always been in my blood and in my mind. Ever since I can remember, I felt like it was just a part of me.

With her strong background in traditional singing, Sekawnee started creating her own modern music at age 14. He says when he was not in school. he would be on his computer, making beats, mixing tracks and mastering songs.

“All I wanted was to make music and record professionally,” he said. “It’s expensive for any artist, especially young people, to release and record an album or a single.”

By helping found BYRC, Sekawnee wanted to make music production more accessible to other young people. Not only is the nonprofit studio stocked with professional equipment that can be used to create flawless recordings, but it will mentor anyone interested in music production, recording, and business.

“I am sharing the knowledge I gained from attending the Nimbus School of Recording and Media. So everything I’ve learned over the years, I’ll share with people who come and want to record.

Nicolas Leonidas has been frequenting the studio since it opened last September. The 20-year-old from Brazil is a singer and musician. 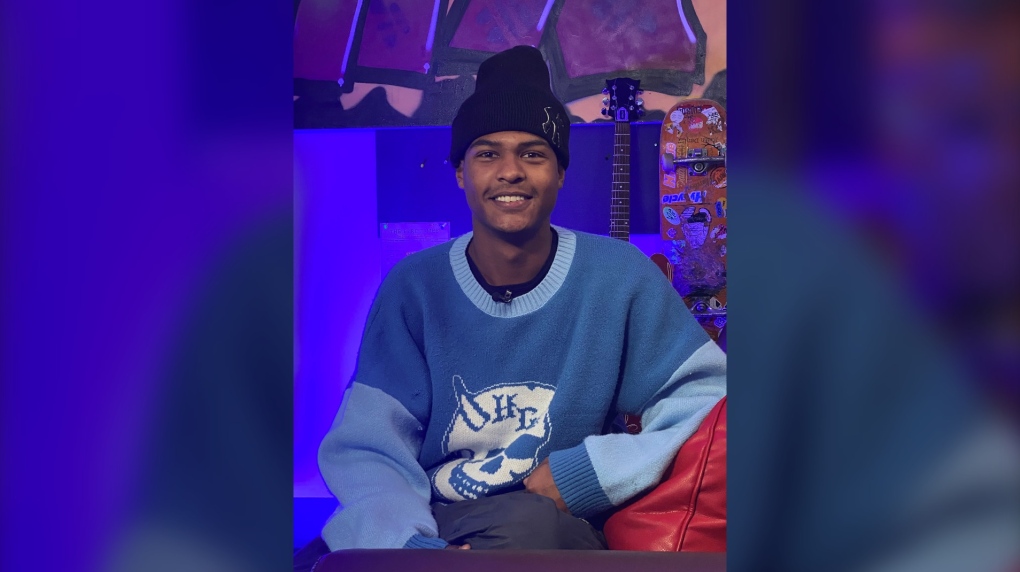 “When I moved to Canada last year, I found it very difficult to find a studio that I could afford,” he said. “When I met Sekawnee, he invited me to come to BYRC to record music and it was a great experience.”

The studio is also meant to be an inclusive and safe space for young artists looking to develop their musical abilities. Leonidas says he always felt supported when trying out a new song or musical style.

“Here you’re free to come in and sing whatever you want while getting production help from Sekawnee,” he said. “So here, you grow as artists and you gain more knowledge and knowledge of how to make more music.”

“I’m Plains Cree and, like Sekawnee, I have a connection to music through my culture, but since coming here I’ve really expanded my musical knowledge.

Sekawnee says at least 20 young artists, with styles ranging from heavy rock to electronic dance music, currently use the studio.

“I want to ignite a passion for music, while giving back to my community. I want to pass on all my knowledge about music production in order to support and give back to the next generation of artists.

[ad_1] When Joci Oye started recording his music at the Mock Recording Studio earlier this year, studio owners Jacob and Dylan Mock not only recorded but also produced his music, working closely with Oye on the structure and the arrangement of songs. In one day, Oye and the Mock brothers arranged, recorded and released his […]

by Tiffany Goldstein 11h ago When the global health crisis brought live music to an abrupt halt, Chase Rice took the opportunity to slow down as a blessing in disguise and returned to his farm outside Nashville. The unexpected break gave the multi-platinum entertainer time to reflect, the chance to rekindle relationships, and the opportunity […]

Opening of a new recording studio in Duluth

[ad_1] DULUTH, Minn. – There is a new place where musicians can record in the Twin Ports. Spoon Studios recently opened near the Lake Superior Zoo. It’s named after owner Solomon Witherspoon, who says he always wanted one. He hopes to make the space a place where the city can come together and welcome everyone. […]