The last time we focused on the setup of the venue, this time Nigel Cooper takes a look at the recording equipment.

Headphones are another essential part of the kit, as your singer will need them for monitoring purposes to hear the backing track while singing. But they have to be closed, and of good quality, to prevent sound from escaping and being picked up by the microphone, causing a horrible delayed comb filtering effect. For Â£ 100, a pair of Beyerdynamic DT 770 Pro in the 80 ohm version will do the job perfectly. The DT 770 Pro fully encapsulates the ears and is by far the most comfortable box you have ever worn.

They are virtually colorless and great for mixing too. Yes, you heard right, mixing. I know a lot of amateur audio engineers will tell you to never mix with headphones, but a professional engineer will tell you not only to mix on two different sets of monitors, but also with headphones. Most of the younger generation listen to their music through headphones, so you need to mix for this market. When mixing with headphones, the stereo field is in the center of your head and extends to each ear as opposed to being in front of you, so you have to make slight adjustments with automated panning and what is where in the field. stereo so your mix sounds great on everything from high-end hi-fi, a Sonos speaker, a sleazy PA mall and, yes, headphones and earphones.

Then we come to the all-important MIDI keyboard controller, which, again, has to be right as it’s the one piece of physical equipment you’ll touch more than any other, so the keyboard action needs to be felt and played. on the right the sliders and knobs should all have a nice tactile feel and more importantly it should have all the required controls, fingers etc. and integrate perfectly with your computer’s DAW. I have to admit I struggled with this and couldn’t figure out why most MIDI keyboard controller manufacturers build them to the little sticky plastic standards that are akin to a jet printer. Â£ 30 ink. Most of the ones I tried, even those from respectable companies like Korg and Roland, looked more like a plastic toy that you would expect to find in a 4-year-old children’s playroom than in a professional recording studio. 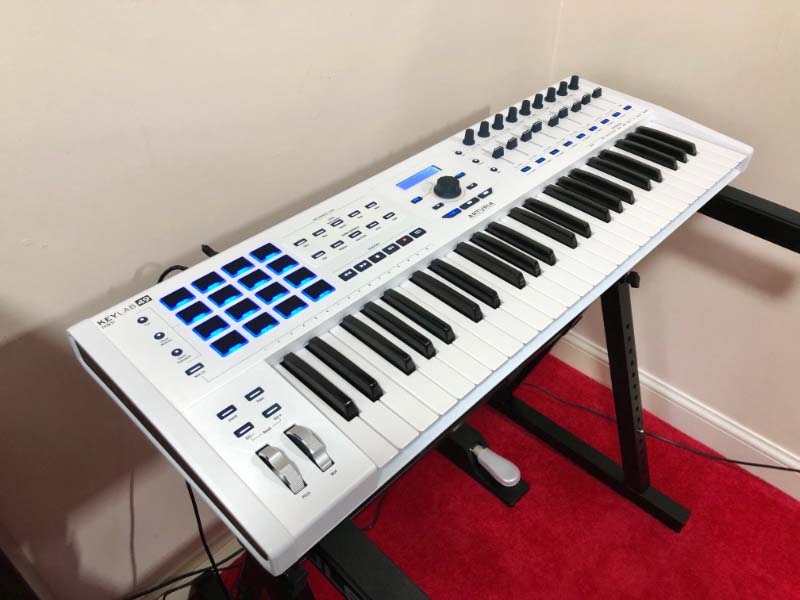 But after much research I found a very bright shining star in the department of MIDI keyboard controllers made by a French company called Arturia, the model I chose is the KeyLab MKII, which comes in versions 49, 61 or 88 keys and what an amazing keyboard controller boy this is too. Well, it is actually a MIDI keyboard / synthesizer because it comes with software called Analogue Lab V which contains amazing synth models of most of the classic synths and keyboards of yesteryear such as: Roland Jupiter 8, Prophet 5, Oberheim OB -Xa, Yamaha CS-80, Hammond B3, to name a few and they aren’t just software plugins either. Arturia has traveled the land and bought these vintage synths, sometimes more than one of each for consistency. They took them apart and studied every printed circuit board, module, processor, chip, diode and computerized everything to come up with software emulations that are (again, trust me on this) virtually indistinguishable from the real thing. and once in the mix they’re 100% indistinguishable, they really are that good!

Next is the very important microphone. These days if you only have Â£ 200 to spend on a mic you are in luck because there are so many amazing studio quality mics out there. Once again, Gone are the days when you had to spend Â£ 2,300 on a Neumann U87 for decent results, although the U87 is a pretty amazing mic. The point is, most people make the mistake of choosing a mic based on what their favorite artist uses or what each blogger uses. The Shure SM7b is a good example. Just because Jacko used an SM7 for the vocal work on his Thriller album doesn’t mean it will suit your voice. Micheal Jackson had a smooth, round voice, so the engineer chose the Shure SM7 commercially because it had a rough side to its tonal character, which would help Michael’s vocal presentation better slice the mix. 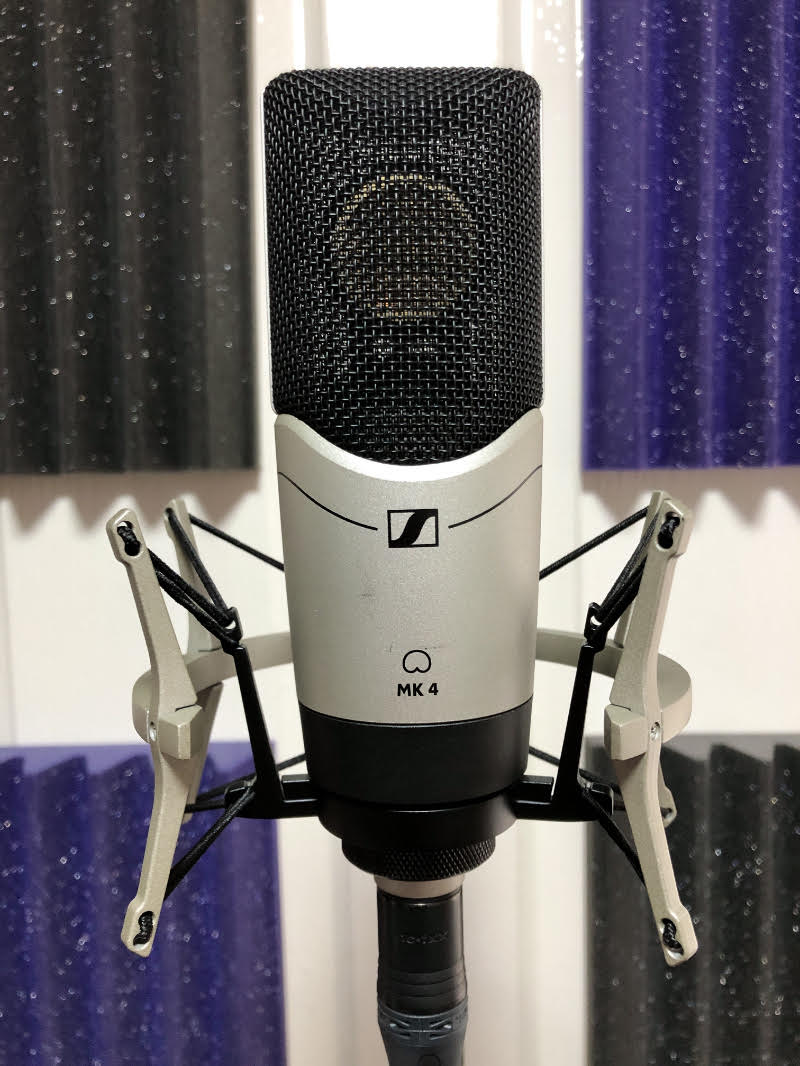 If you have an edgy vocals like Kelly Jones from Stereophonics you would look at a mic that has the opposite characteristics, a rounded, smooth, and slightly dark mic, otherwise if you go for a mic like the Rode NT1 (which is a bit on the safe side. ), it would sound too deep and bright and the voice should be subdued afterwards. I personally use two different mics, one condenser and one dynamic, for different applications and most of the best recording studios will have a cabinet full of mics for different styles and vocal applications. My two pickups are the Sennheiser MK4, at Â£ 275, which has a brilliant transparent sound with warm bass if you get close to it and it has a good amount of sparkle at the top to make the vocals really cut. The other is a dynamic mic, the famous Electro-Voice RE20 at Â£ 475. The RE20 is smoother, darker and more rounded and has no proximity effect due to its unique design.

A pop filter is a must to go with your mic, but not one of those budget Amazon filters that has a layer of nylon stretched over a circular plastic frame, or worse, “two” layers of nylon – yuck. I’m always amazed at how many recording studios use nylon pop filters, knowing that they cut out some of the high frequencies of the human vocal range. Especially when the Stedman PS101 pop filter does not affect the audio quality at all due to its unique stamped metal design. The Stedman also prevents sputum from touching the delicate mic diaphragm (diaphragms and sputum don’t mix). The diaphragms vibrate microscopically and are sensitive to sputum and moisture, so if you have Johnny Rotten engulfing your mic during an anti-vocals session at the end, there might be an element of hum and distortion going into the mix when the diaphragm stops picking up sound vibrations correctly due to being covered with parison. In addition, for hygienic reasons, you can simply run the Stedman under the tap.

The last accessory I would advise you to get for your mic is a cover, which will protect the diaphragm from direct sunlight if left in direct sunlight when not in use and a mic cover will keep the color of the metal above. years because it will prevent sunlight from discolouring it. A Velex-X mic cover costs only around Â£ 12, so there’s no excuse not to get one.

When it comes to software, aside from DAW, be it Logic, Ableton, or whatever you decide on, there are two essential software plugins that I would recommend – one being more essential than the other. Antares Auto-Tune is one, they have different packages, but the $ 199 AutoTune EFX + would be my recommendation. Antares was the original Auto-Tune and the one used on Cher’s ‘Believe’ in 1998. While it’s great for delivering slightly out of tune notes, most people use it for the ‘Cher’ effect, or the T-Payne effect, that robotic Daft Punk vocal sound when Auto-Tune is pushed to maximum overdrive. Nothing does it better than the Antares Auto-Tune.

The next essential software required for voice work is the best kept secret of all the top recording studios. Melodyne by Celemony. Again, there are three offers, but Melodyne 5 Assistant at $ 249 is my preferred plan. Almost every commercial song you hear on the radio has brought voice to Melodyne. It’s different from Auto-Tune in that you can tune each note individually in semitone fractions as well as adjust the timing, which is vital because even professional singers can’t always master the timing, but you can also adjust the modifier (mouth shape and throat width), note length, whistle and much more. Basically Melodyne is totally awesome and if you are a singer no matter how good you are Melodyne will put your voice up there with the commercial releases.

Finally come the cables. I’ll tell you up front that, sonically, there’s no audio difference between a cheap Â£ 8 Amazon Basics XLR cable and a Â£ 50 Mogami, none. With decent XLR and guitar cables, you’re paying for improved shielding against radio and electrical interference and better cable materials. XLR and Jack connectors are made from premium metals. If your cable runs along a phone charger, for example, there’s every chance that an inexpensive XLR cable is picking up electrical interference, which will often be found in recording. Additionally, I have spoken to engineers at Neumann and Sennheiser several times over the years and they quite often receive an expensive mic that was sent in for repair because part of a cheap metal XLR connector had broken off. inside the mic when the engineer was just unplugging this. So I use Mogami and Klotz XLR and Jack cables in my home recording studio.

Ok, so these two articles at least form a brief overview of the hardware. Click the YouTube link below to watch the full 3h 20m video tutorial that goes into great detail.

MIDDLETOWN – In what will be his 40th year of operating a recording studio in the town, Michael Arafeh, 58, has been chosen as the town’s 2022 Music Ambassador for his countless contributions to the music industry – both locally and beyond. The Coffeehouse Recording Studio, founded and operated by Arafeh, has served local artists […]

A recording studio in Gloucestershire has been launched with a pledge to contribute 100% of its bookings to carbon capture projects as part of efforts to tackle climate change. Migration Studios in the Cotswold village of Brockhampton claims to be the world’s first studio dedicated to carbon capture. The installation will provide funds to Platform […]

Inside Timbaland’s £1.5million camper van with its own recording studio and sound booth with a GOLD microphone

TIMBALAND is known worldwide for his success as a songwriter, record producer and rapper. Such a busy man is always on the road and like many other celebrities, he chose a luxury motorhome to make his life easier between shows. 3 Timbaland went to Vulcan Coaches in the US to get what he wantedCredit: www.vulcancoach.com […]